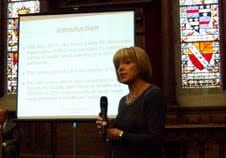 The survey was conducted by the Food Safety Professionals Association to determine through observation whether the public adequately wash their hands.

This is thought to be the first survey of its kind and was primarily to study public hand washing practices at 32 locations nationwide. A total of 630 members of the public were observed over a period of 3 months (July to September 2013).

Eight out of ten persons are washing their hands after using the bathroom. What about the other two?

The survey concluded the percentage rates in the healthcare sector (visitors and other persons) using the public toilets are high in comparison with the other sectors.

This may be due to increased public awareness of hospital bugs as highlighted in recent HIQA reports.

The number of men who do not wash their hands after using the toilet was found to be significantly higher than that of females.

And finally, the concept of